How Military Weapons Have Evolved Over Time 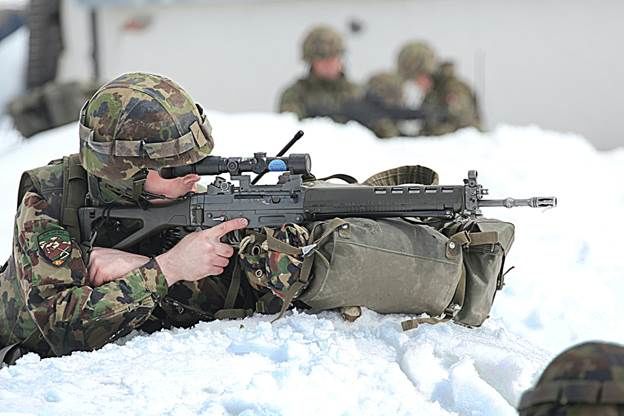 Since the end of the two World Wars, the military world has changed drastically. Wars with weapons have turned into cold wars, where countries in power are use strategy and planning instead of all-out hand-to-hand combat. Just like the dynamics of the war have changed, weapons have changed as well. Better weapons have surfaced, enhanced with the latest use of technology.

These kinds of arms can be classified into 5 different types.

Offensive arms are used to directly hurt the enemy. These include aircraft, submarines, missiles, etc.

Defensive arms are used to ward off offensive arms and retaliate in a way that shows supremacy. These arms are never used as an initiating weapon, but to defend yourself or your country.

Communication enables the armed forces and modern weaponry to stay safe and secured, hidden from possible enemies. The evolution in communication has resulted in the incredibly fast-paced evolution of military weapons that we’re seeing today.

The movement of weapons and the art of detecting forces can be aced and known beforehand, all thanks to sensor technology. You can easily monitor the movement of armed forces and take precautionary measures.

The earliest traces of weapons used by humans were spears, which were used to hunt and kill animals.  Then came boomerangs and arrowheads. As the Bronze Age came along, metal daggers were invented, which later turned into swords. Then the revolutionary traction trebuchet came into the picture, which changed the entire game. It could sling rocks at a distance, inducing grave damage.

Later on, around 800 to 1300 AD, China introduced gunpowder that eventually led to the invention of the first rocket. Firearm technology was later introduced during the Golden Age of Islam, which became an integral part of a battlefield.

Then in 1775, the first submarine was introduced, which later led to the invention of machine guns. Bulletproof vests gave rise to an amazing defence system in 1893. The era of the First World War is famous for the invention of tanks. On the other hand, the Second World War marks the first successful test of a nuclear bomb.

Since then, military weapons have kept evolving. Modern weapons make use of all sorts of sensors and technologies to ensure that they’re stealthy and are able to do as much damage as possible while also ensuring that they don’t leave much of a trace. With advancements in technology, it’s highly unlikely that future wars will use age-old guns. Instead, it’s looking more and more likely that these wars will be cyber-based.